The Morality and Politics of Justice

Should The United States Increase Restrictions on the Purchasing of Guns? 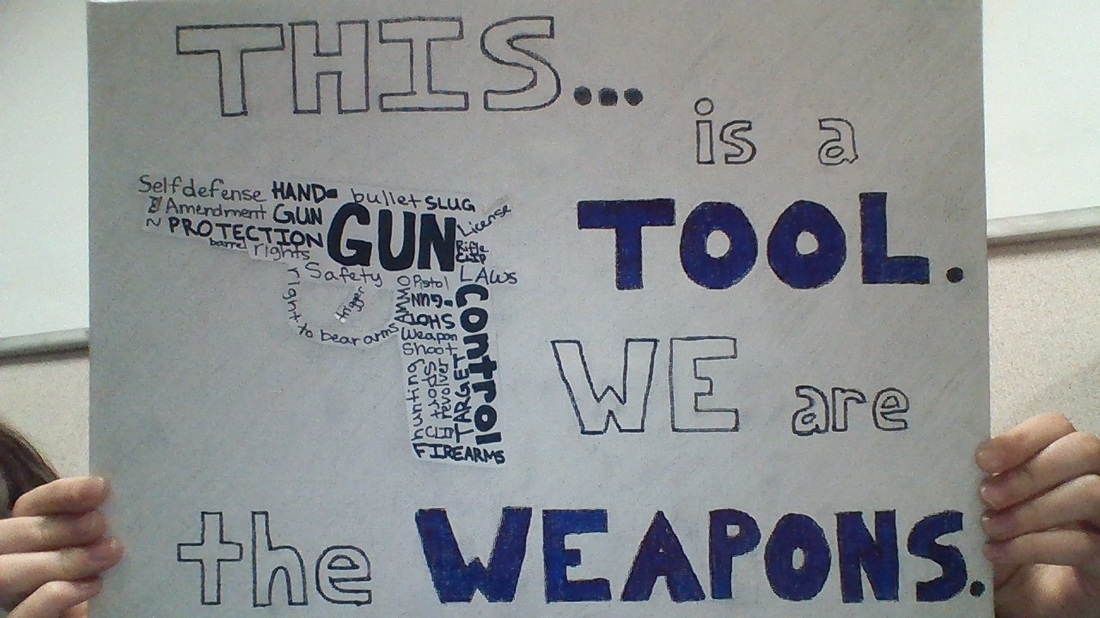 ​Project Reflection
To introduce this project we started off by reading a play called The Night Thoreau Spent in Jail, later followed by several articles including one from Martin Luther King Jr. talking about what justice means to him. We continued by analyzing what both men thought about justice and how those ideals and values play into issues happening today. As a class we had a seminar on Thoreau’s Civil Disobedience. Then we read parts of a book called Justice: What’s the Right Thing to Do? by Michael Sandel. After that we took notes on a slideshow Ashley prepared for us and took a test on it. This helped us define each moral philosophy, their big ideas, and who these philosophies came from. We learned about Utilitarianism, Deontology, Libertarianism, and John Rawls’ Justice as Fairness. Then Professor Roberts-Cady came and spoke to us about what being democratic or republican meant. After this we started to do our research on the issues we wanted to write about. We wrote this op-ed article in three parts. Part one was about our background knowledge on the subject, part two was our arguments that would be for the issue, and part three was our arguments that would be against the issue. Then we also had to include a visual for part four. During this process we conferenced with Ashley and did peer critiques on our research, issue question, and parts two and three. To finish this project we exhibited our final papers and visuals for community members to discuss our issues with us.

When I refined my paper I mainly focused on editing my evidence and making sure that each argument was supported with evidence and reasoning but also making sure the paragraphs flowed nicely by removing certain parts or adding in others. In addition to working a lot on my evidence pieces, I worked on refining my paper as a whole and creating stronger theses for each part, making sure to sound more sure of what I was saying, adding stronger or more professional sounding words, and to connect back to my thesis every once in awhile. Another struggle for me has always been citing my sources, I was always so confused on how to do it and it just seemed so difficult, but in reality it isn’t hard at all. Overall, I would say my writing has grown a lot through this op-ed article in many different ways that I will be able to use for papers down the road.

Now that you have looked at both sides more deeply, how and why has your perspective shifted?

My perspective shifted from only being against it from what my parents told me to being pretty against it because of the research I did on the issue. Since my issue is gun control, I knew a little bit about it but never explored it in depth. Having that time to do my own research and being able to express my opinion on it was really nice and fun. Although there were some really good points that were made on the for side, I ultimately decided that I agreed most with the against side. I see this issue as something that is very controversial and has many different sides to it, whether it be the legal side of it, the historical side, etc. There are so many ways I could’ve approached this topic but I am glad I approached it the way I did because it helped shape my knowledge on why this issue is so important.

What was most challenging for you about this project and/or presenting your perspective at exhibition? What did you learn about yourself in working through this challenge?​

The most challenging part of this project to me was staying on task. I always lose concentration easily and it is hard for me to force myself to stay on task. But I powered through and finished a paper that I feel really proud of. I would also say a challenge for me was trying to incorporate the different types of philosophies into each part, but I used my resources to refresh my memory on what each philosophy was about and incorporated that into my parts two and three. I would say one challenge I had while presenting this and exhibition was worrying about what the community members would think about my issue. But a lot of people agreed with me and I only had one person challenge my perspective. I wish I had more people challenging my perspective but at least we could see where one another was coming from without being rude. I learned that these challenges are things I have to take head-on and with confidence that the result will be good if I work hard enough.